I did not know Shireen Abu Akleh personally, and I didn’t know that she was interested in Palestinian sports and its history. However, in November 2021, I received an email from her informing me that she got my e-mail from colleagues at the Institute for Palestine Studies in Ramallah, asking me for an interview for Al-Jazeera about history of Palestinian sports.

Of course, I was pleased and showed a keen interest in this interview which took place in a hotel in Emeryville near San Francisco and was coincided with her visit to her brother during last Christmas holidays. The interview took about one and a half hours with two cameras and a lot of lights. Despite the short time, I found nothing but respect, kindness, courteous manners, and appreciation. Her questions revealed that she was already well-prepared and well-informed about Palestinian sports and sports history.  She previously reviewed my book (One Hundred Years of Football in Palestine).

After her return home, Shireen immediately began preparing for this documentary report on sports movement. Through our correspondence I noticed that she was very enthusiastic to complete this report because it uncovers historical facts that viewers are not aware of. In this regard she sent me a message requesting some pictures and documents that could support the claim that among the Palestinian flagship team which took part in World Cup qualifiers in 1934 and 1938 there were no Arab players; that in order to compete with Arab clubs in neighboring Arab countries, Arab clubs in Palestine had to get permission from the Zionist-dominated Palestine Football Association which represented Palestine in FIFA. In other words, she required documents that indicate the manipulation and fraud that the Zionists used in order to dominate the sports arena and marginalize the Arabs.

In an instant I responded to her requests, and soon the report was ready for broadcast. However, she informed me that because of the Russian-Ukrainian issue Al-Jazeera postponed its broadcasting. That was about one month before her assassination.

On May 11, I woke up and was shocked by the news of her killing. Like many others I could not believe that Shireen had disappeared. I followed her funeral with tears and sadness. The funeral was interrupted by the brutality and barbarism of the Israeli army and police. The occupation was not satisfied with her assassination, but also obstructed the funeral's precession and attacked the crowd of mourners carrying her coffin nearly forcing pallbearers to drop the coffin under the pretext they were raising Palestinian flags. The only sin the mourners committed was that they defied the plan of the Judaization of the Jerusalem, and challenged the allegations that Jerusalem is the eternal capital of Israel.

In Palestinian sports Shireen Abu Akleh will be remembered for covering a number of sports events and producing this latest documentary, which will be air on Al-Jazeera soon.

Palestine Sports and Scouts: Factional Politics and the Maccabiad in the 1930s

Palestine and Olympics: A Creation of a Collective National Consciousness 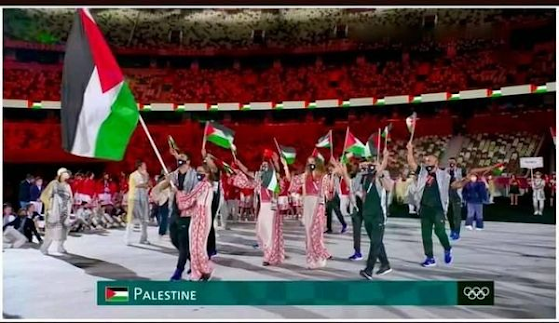 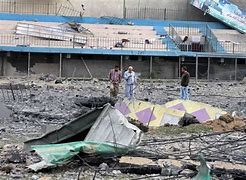 The Origin of Palestino Club's Shirt

This article examines the connection between the shirt of the Club Deportivo Palestino (in Chile) and the St. George School's athletic team in Jerusalem in 1920s.

Why Should Palestinians Write Their Sports History?

The Impacts of Oslo Accords on Palestinian Sports

Do FIFA and Its President Infantino Publicly Declare Their Absolute Complicity with Israel?
0 comments

Palestinian Sports: Decades before and after the Nakba
0 comments

Playing for Palestine, by Assaf Gavron

This article has been published in Kingdom of Olives and Ash: Writers Confront the Occupation. Edited by Micheal Chaban and Ayalet Waldman, (New York: Harper, 2017) p. 191 – 207.

Established in November 2009, this blog aims to introduce readers to the developments of sports in Palestine. HPS is concerned about highlighting and documenting Palestinian sports since the first decade of the 20th century to the present date, which will require contributions from all researchers and historians.
For information, please contact;
Issam Khalidi
iskhalidi55@hotmail.com

Issam Khalidi, an independent scholar, lives in Monterey CA, US. Born in Jerusalem, Palestine. Received his PhD in 1987 from the Institute of Physical Culture, Moscow, Russia.


Sports and the Palestinian BDS Struggle