Constructing National Identity: The Mascular Jew VS The Palestinian Underdog One Hundred Years of Football in Palestine / By Issam Khalidi, A Foreword By Joseph Blatter 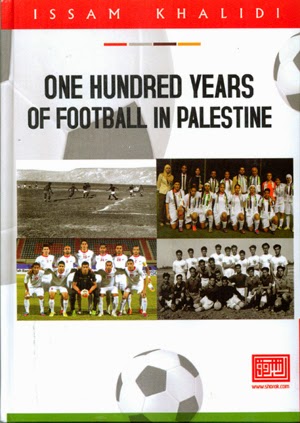 Sports in Jerusalem: Between the Hammer and the Wall

Track and Field in Palestine

A major national symbol for Palestine in the ‘20s was wrestler Abdel-Rahman al-Jizawi from Jaffa, who left the country for Chili when he was 20 years old. Upon his arrival, he met leaders of the Palestinian Youth Association, who took it upon themselves to introduce him to Chilean media and coaches. Al-Jizawi demonstrated great feats of strength—he was able to bend metal bars and challenged and defeated an Italian wrestler 20 kilograms above his weight class. His Arab fans went wild that day, carrying him on their shoulders and chanting, “Long live Palestine, Long live the Arabs, Long live Jizawi.” The wrestler was lauded in Chilean newspapers such as the well-known Los Tempos and his name soon became a household word. Filastin (established in 1911) published three letters which have been sent in 1926, 1927, and1928 by the Palestinian community in Chile.  In August 1928, Jizawi met with Chile’s foreign minister who admired his strength and skills.

Abdel Rahman al-Habbab … A Long Journey of Devotion in Sports

Colonialism, Nationalism, and Modernity: The Hat Trick in Mandate Palestine

Established in November 2009, this blog aims to introduce readers to the developments of sports in Palestine. HPS is concerned about highlighting and documenting Palestinian sports since the first decade of the 20th century to the present date, which will require contributions from all researchers and historians.
For information, please contact;
Issam Khalidi
iskhalidi55@hotmail.com

Issam Khalidi, an independent scholar, lives in Monterey CA, US. Born in Jerusalem, Palestine. Received his PhD in 1987 from the Institute of Physical Culture, Moscow, Russia.


Sports and the Palestinian BDS Struggle